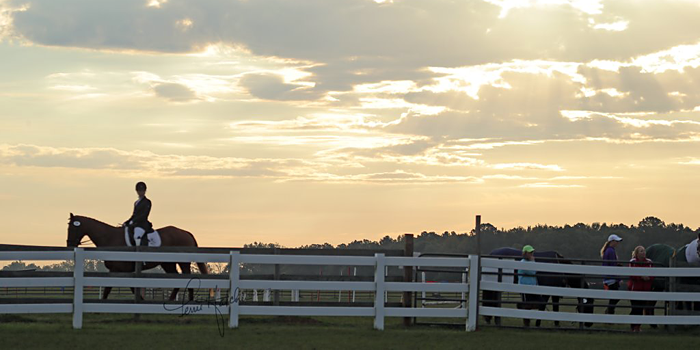 James C. (Jim) Wofford, was born and raised on a horse farm in Milford, Kansas. He is a graduate of Culver Military Academy, and the School of Business at the University of Colorado (B.S. â€™69). Wofford, a 3-time Olympian, has spent his life with horses, and is one of the best-known Eventing trainers in the world today. A member of both the USEA and the Culver Military Academy Hall’s of Fame, Wofford trains at his farm in Upperville, Va., and travels extensively, teaching and giving clinics.

He has had at least one student on every U.S. Olympic, World Championship, and Pan-American team since 1978.All four members of the U.S.Bronze medal team at the 2000 Sydney Olympics, as well as the Individual Gold medal winner, were graduates of Woffordâ€™s program. In addition, 3 out of the 4 members of the 2002 Gold Medal team at the World Equestrian Games were his former students. Kim Severson, the Individual Silver Medal winner at the Athens Olympics, is another graduate of Woffordâ€™s program.

He was named USOC Developmental Coach of the Year in both 1998 and 1999.He recently served as the coach for the Canadian Team for the 2002 World Championships, for the Silver Medal Team at the 2003 Pan American Championships, and the 2004 Olympics in Athens.

Widely sought after as a clinician and coach, Wofford is equally well known as an author. His first book, TRAINING THE 3-DAY EVENT HORSE AND RIDER, is sold out, and scheduled for re-publication in April of 2005, while his new book, GYMNASTICS: SYSTEMATIC TRAINING OF THE JUMPING HORSE has been met with wide spread approval.

Wofford has maintained a life long involvement in the administration of his sport, both nationally and internationally. This continues a family tradition, since his father was a founding member and the first President of the U.S. Equestrian team. He has served as president of the AHSA (now USA-Equestrian), 1st vice-president of the United States Equestrian Team, and Secretary of the USCTA( now USEA). He served two terms as a member of the FEI Eventing Committee, including 2 years as Vice Chairman. In addition, he has served on numerous other committees during his career.

Wofford was a successful competitor until his retirement in 1986. He was on the 1968 and 1972 Olympic teams, and named to the Olympic team in 1980, winning 2 Team Silver medals, and 1 individual Silver medal. He also competed in the 1970 and 1978 World championships, winning Bronze individual and team medals. He won the U.S. National championships 5 times, on 5 different horses, and won or placed at many competitions abroad between 1959 and 1986.